The 2018 National Fire Protection Association (NFPA) Conference and Expo was last week, July 11-14, in Las Vegas, Nevada. Protectowire FireSystems attended and had its best conference yet.

The first day of the conference, Monday, was very busy and Protectowire’s booth facilitated great conversation following the demonstration of the CTI Series Detector. A short video of the CTI can be found in a separate blog post. In honor of Protectowire’s 80thAnniversary, there were complimentary bike bells (pictured below) given to visitors of the booth to help Protectowire #RingIn80Years.

On Tuesday, Protectowire hosted its first Taco Tuesday event during NFPA at the Border Grill at Mandalay Bay. It was a fun evening which was attended by 93 fire industry professionals. There was food, drinks, and a photo booth in addition to great discussion among colleagues. The Protectowire team is thankful for the turnout for Taco Tuesday and the connections made during the evening. Pictures from the event can be found on our Facebook. 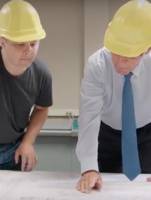